While her upcoming 92nd birthday on April 3 is a cause for celebration for her many fans, screen and song legend Doris Day plans to spend the day quietly surrounded by a few close friends and her beloved pets at her longtime home in Carmel, California. In her honor, the Doris Day Animal Foundation has organized a celebration called “Doris and Me” on April 2 at the Cypress Inn in Carmel. 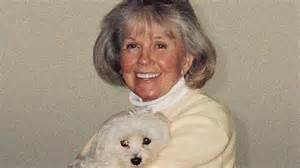 Although Day surprised her friends and fans two years ago by unexpectedly attending her 90th birthday party, her first public appearance in nearly two decades, it’s unlikely she’ll attend this year.  The party will feature performer Scott Dreier, who will sing some of Day’s greatest hits, along with Bernie Kopell from The Love Boat, who also costarred with the actress on The Doris Day Show. Brian Nash and Kym Karath, who played Day’s children in her 1963 comedy The Thrill of It All, are also expected to be at the party.
Day, who’s in good health, spends her days taking long walks in the garden, tending to her dogs and occasionally surprising fans by making an appearance on her terrace, which overlooks the Quail Lodge Golf Course in Carmel. She enjoys occasionally indulging in a glass of wine (“Just one glass”) and her favorite – ice cream. “I feel young and I enjoy good and healthy things,” she told PEOPLE in 2014. “She’s in remarkably good health,” says her manager Bob Bashara. “She’s in good spirits, and she’s remarkably resilient.”

Doris Day was born on April 3, 1924, in Cincinnati, Ohio and became one of Hollywood’s biggest stars of the 1950s and 1960s, Doris Day is best known for her work in such films as  Pillow Talk (1959) with frequent leading man Rock Hudson and That Touch of Mink (1962) co-starring Cary Grant.   Born Doris von Kappelhoff, Doris studied ballet and tap dance, winning a local dance contest in her early teens. But her dreams of dancing professionally were shattered along with her leg in a 1937 car accident. The daughter of a music teacher, Day started taking voice lessons during her recovery. Ella Fitzgerald was one of her early inspirations as she developed her own vocal style. Doris’s first singing performances were on local radio programs, also singing with bandleader Barney Rapp and his group for a time. Rapp encouraged her to adopt a stage name, and it was then that she changed her last name to Day after the song “Day After Day.” 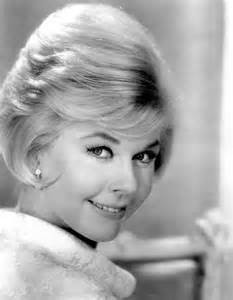 In 1940, Day landed a spot as a vocalist with the band led by Bob Crosby – Bing’s brother and a successful bandleader in his own right. But later that year, she teamed up with Les Brown and his group  where she scored her first #1 hits, “Sentimental Journey” and “My Dreams Are Getting Better All the Time,” in 1944. Her work with Brown made her a popular singing sensation during World War II. After parting ways with Brown in 1946, she soon made the transition from the concert stage to the big screen.   Even during her acting career, Day found time for music projects as a solo artist. She scored another hit in 1948 with “Love Somebody,” a duet with Buddy Clark. In the 1950s, Day reached the charts with such songs as “My Love and Devotion” (1952) and “Let’s Walk That-A-Way” (1953) in addition to her many movie-soundtrack hits. 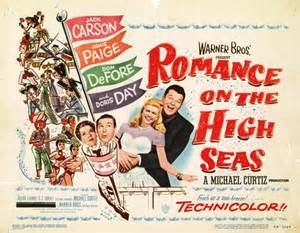 In 1948, Day made her film debut in the successful musical Romance on the High Seas (above) She had been hired to replace actress Betty Hutton who had to drop out of the production. For the film, Doris recorded “It’s Magic” (below) which proved to be another hit for the young performer. While later in her career she became the queen of the romantic comedy, Day showed some talent for more dramatic roles. She played a singer involved with a troubled musician (Kirk Douglas) in Young Man with a Horn (1950). That same year, Day played a woman married to an abusive Ku Klux Klan member in the thriller Storm Warning. Later she played a fictionalized version of jazz singer Ruth Etting in Love Me or Leave Me (1955) with James Cagney. 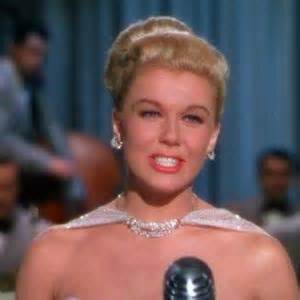 Two of her biggest hits came from movies she made in the mid-1950s. She sang “Secret Love” in the 1953 musical western Calamity Jane (below), in which she played the rough-and-tumble cowgirl. Under the direction of Alfred Hitchcock she appeared in the thriller The Man Who Knew Too Much with Jimmy Stewart. Day sang “Que Sera, Sera” for the film, and that song became one of her trademark tunes (she used it as the theme for her later television series The Doris Day Show).

In 1957, Day scored another box-office hit with the film adaptation of the popular musical The Pajama Game. She continued to explore lighter comedic fare with her first on-screen pairing with Rock Hudson, the 1959 smash Pillow Talk. The film brought Day the only Academy Award nomination of her career. 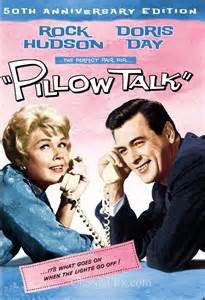 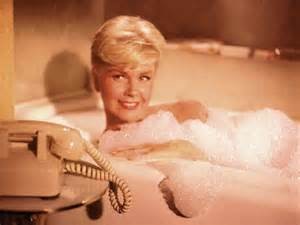 She teamed up with Hudson for several more films, including Send Me No Flowers (1962) and also appeared with James Garner in The Thrill of It All(1963) and Cary Grant in That Touch of Mink (1962). These films made her one of the most popular film stars of the era. 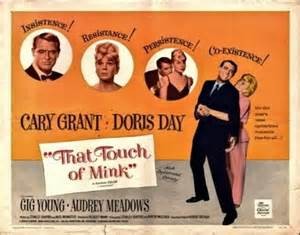 By the end of the 1960s, however, Day’s sweet and charming persona seemed out of step with the times. She starred in such films as the humorous western The Ballad of Josie (1967) and the family comedy With Six You Get Eggroll neither which packed the box office punch she was used to. Doris fared better on television with The Doris Day Show, which ran from 1968 to 1973. On the show, she played a widow who moves her two sons to the country.

While one of the top box-office stars of all time, Day didn’t receive much critical recognition for her work until well into her retirement. She was awarded a Golden Globe Lifetime Achievement Award in 1989 and earned a star on the Hollywood Walk of Fame in 2004. Also in 2004, President George W. Bush gave Day the Presidential Medal of Freedom, saying that “She captured the hearts of Americans while enriching our culture.”

As a Hollywood icon, Day has been synonymous with the role she frequently played – the good girl, the girl next door. But she is much more than that, as evidenced by her earlier musical career, some of her most substantial movie parts and her philanthropic efforts.

Thanks for the memories and Happy Birthday, Doris…we love you!

Thanks to People Magazine