My friend, flautist & composer RON KORB (below), recently alerted me to his collaboration with acclaimed recording artist Ricky Kej on an album created to affect the attitude towards climate change amongst world leaders and world populations. 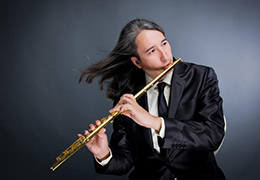 2014 Grammy® Award Winner, ‘Peace Ambassador’ and US Billboard #1 artist Ricky Kej (pictured below) is an internationally renowned Indian music composer and producer. He is the youngest Indian to win the Grammy® Award. Ricky’s Grammy® winning album “Winds of Samsara“ was based on the ideals of peace by Mahatma Gandhi and Nelson Mandela. Ricky also played on 3 albums nominated for the 2015 Grammy® Awards. 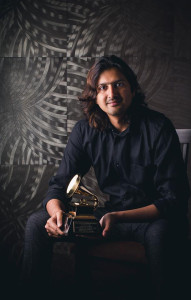 Recently Ricky Kej composed and produced the album ‘Shanti Samsara’ which was launched by Indian Prime Minister Narendra Modi and French President Francois Hollande in the presence of World Leaders at the recently concluded United Nations COP21 Paris Summit. This album has gone on to win The Global Music Award 2015. You can watch and listen here:

Ricky has composed music for over 3,000 commercials, 15 studio albums (released internationally) and 3 feature films and also composed the score for the opening ceremony of the Cricket World Cup 2011, held in Dhaka, Bangladesh.

Congratulations to Ron on joining with Ricky and the hundreds of other musicians and activists who made Shanti Samsara a reality.  For more news on Ron and to listen to his own current Grammy-nominated album Asia Beauty, please visit his website at:  http://ronkorb.com/ 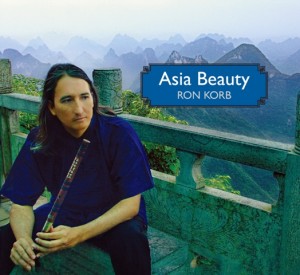