Join Canada’s First Lady of Musical Theatre for an intimate evening of Broadway love songs such as Over the Rainbow, Embraceable You, I Can’t Give You Anything but Love, I’m Always Chasing Rainbows, You Made Me Love You and many more unforgettable favourites.

“Each song she performs is a three-act play, filled to the brim with passion and Emotion…” – Toronto Star

Receiving a Tony nomination for her Broadway debut in the smash hit Mamma Mia! was a highlight for Louise in a career that spans theatre, television and concert stages across North America and Europe. 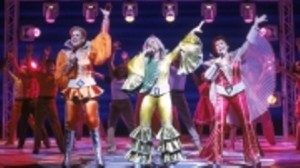 In addition to headlining the Toronto, Broadway and US touring company casts of Mamma Mia!, Louise is known for her signature performances as Fantine in Les Misérables (Toronto, Montreal and Paris), the title character in Edith Piaf, Mama Rose in Gypsy(Chicago Shakespeare Theatre, Gary Griffin director)and Joanne in Company (again with Gary Griffin).  She also earned raves for leading roles in Annie Get Your Gun, Song & Dance, Jacques Brel Is Alive And Well And Living In Paris; I Love You, You’re Perfect, Now Change; The World Goes ‘Round; Blood Brothers; Tartuffe; Who’s Afraid of Virginia Wolf?; The Roar of the Greasepaint – The Smell of the Crowd; Applause; The Toxic Avenger; and A Year With Frog and Toad. In 2014 she premiered in the new Asolo Rep Theatre production of Luck Be A Lady (created and directed by Gordon Greenberg) and in 2015 she originated the role of the Snake in the world premiere of The Little Prince (by James D. Reid and Nicholas Lloyd Webber) at Theatre Calgary for which she won a Critter Award.

In September, 2009, Louise made her Carnegie Hall debut singing the role of Ulrika in the concert version of the musical Kristinaby ABBA’s Benny Andersson and Bjorn Ulvaeus which she reprised at Royal Albert Hall in April 2010.  In 2013 Louise premiered her self-penned one-woman show On The Rocks at Theatre Passe Muraille in Toronto with original songs by Louise Pitre, W. Joseph Matheson and Diane Leah. Louise has guested with orchestras across Canada and the U.S. and appears in concert regularly throughout North America with accompaniment ranging from big band to solo piano. 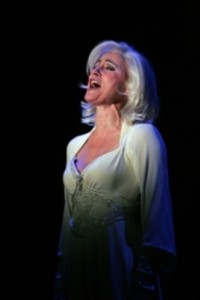 Louise is the winner of a National Broadway Touring Award, a New York Theatre World Award, a San Francisco Theatre Critics’ Award, a Betsy Mitchell Award and four Dora Mavor Moore awards, all for best performance by a leading actress in a musical.

For fans living in eastern Ontario, Louise takes the stage in Ottawa April 6-8 at the National Arts Centre with another great show From Paris to Broadway featuring tunes from Parisian music halls to the lights of Broadway, developed and produced by Principal Pops conductor Jack Everly.  Enjoy songs made popular by Edith Piaf, Jacques Brel, Leonard Bernstein and more. Details & tkts: https://nac-cna.ca/en/event/13728

Learn more about this creative powerhouse and Canadian national treasure by visiting her website: www.louisepitre.com 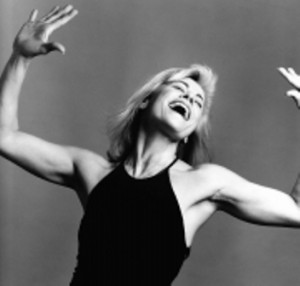