Saucy Minx was honoured to attend today’s official unveiling of GINA GODFREY‘s beautifully decorated giant brain sculpture titled Luminescent which is part of this year’s The TELUS Health Brain Project which is co-chaired by her son, Noah, and his wife, Erica.   Joined also by her husband Paul, Gina explained her participation in this philanthropic cause benefiting the Baycrest Health Science organization.

This exciting public art initiative showcases A-list artists including: London Kaye, Steven Nederveen, Zombie Boy and Kara Ross among many others. The project aims to surpass the $1.3 million raised in 2016 supporting brain research, care, education and innovation at Baycrest Health Sciences, a leader in the field of aging and brain health. The 2017 collection will feature 100 brain sculptures, designed by a talented group of artists, celebrities and thought-leaders from across North America from July 11 – August 31. The brain sculptures will be on display throughout the summer at locations in the heart of downtown Toronto including the city’s iconic Nathan Phillips Square, The Distillery District, Brookfield Place, Union Station and other popular landmarks. Watch for these “brains” around town….. 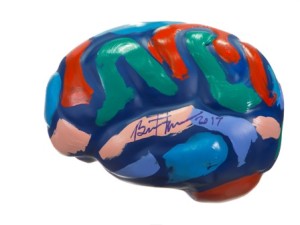 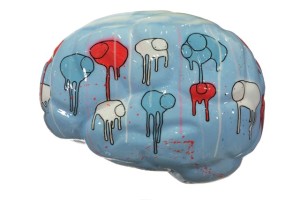 Thanks to the support of title sponsor, TELUS Health, and media partners Cineplex Entertainment, Clear Channel Canada and The National Post, the 2017 program builds on last year’s success driving awareness for brain health.

The more than 100 personalities, artists, and creative minds that are involved in the creation of a brain sculpture this year, and in celebration of #Canada150, a selection of high-profile Canadian personalities will also be contributing their creative talent, including renowned news anchor Peter Mansbridge, JUNO-award winner John Mann and Stanley Cup winner Wayne Gretzky. 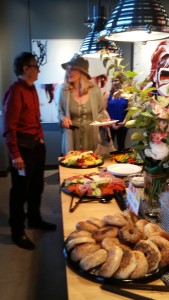 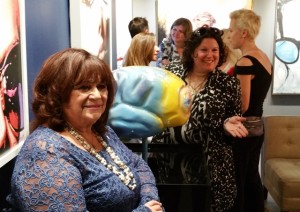 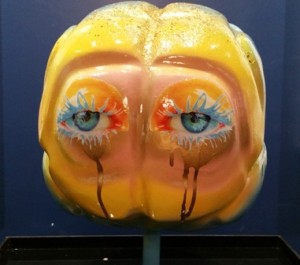 and to view Gina’s other works: www.ginagodfrey.com

Saucy Minx thanks Chimera Collective for providing all the media information.